back to Index page

Warp tools can be used for the following tasks:

OpenJUMP provides different tools for warping. All these tools are available on Tools>Warp menu.

The following tutorial is adapted from: “JUMP the Unified Mapping Project Workbench User’s Guide” Vivid Solution 2003 and describes how to use the Warping (toolbox).

A warp is an algorithm for modifying all of the features in a layer, usually according to some parameters that are easy to specify, such as vectors. 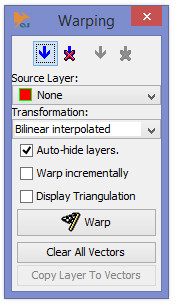 A rubber-sheet warp (or more precisely a bilinear interpolated triangulation warp) is a simple technique for deforming a dataset using a set of control point pairs7. Two triangulations are created: one using the source control points and one using the destination control points. Each source-triangle-destination-triangle pair implicitly defines a linear transform that carries each point on the source triangle to the corresponding point on the destination triangle. The dataset is transformed pointwise using the transform associated with the source triangle in which each data point falls. Rubber-sheet warp in the following picture: (A) original dataset, (B) warping vectors, (C) warped dataset

To apply a Bilinear interpolated trasformation to layer

If you are surprised by the results of a warp, you may want to display the triangulation used so you can see how the source points map to the destination points


To view the triangulation used by the warp

It can be easier to warp a layer little by little, rather than defining all the warping vectors before pressing Warp. Or perhaps you’ve warped a layer, but you want to warp it some more — in effect, you want to warp the warped layer. You can do this using incremental warping.


To warp a layer incrementally

To apply an Affine trasformation to layer

To apply a Projective trasformation to layer 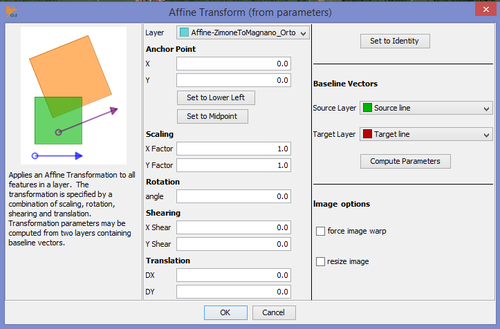 This tool applies an Affine Transformation to all features in a layer.

The transformation is specified by a combination of scaling, rotation, shearing and translation that can be defined manually with the insertion of the parameters in the boxes or they may be computed from two layers containing baseline vectors. These baseline vectors should contain only one linestring per layer.

Affine transformation (with parameters) plugin can geo-orient also an image layer by selection "Force image warp" on section "Image layer". Use "Resize imege to half to reduce the size of the image if transformation produces OS memory problems

Applying an affine transformation to an image layer

Load the image layer to transform 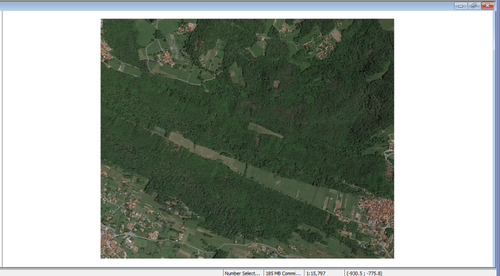 Load the base map (a vector or a WMS) 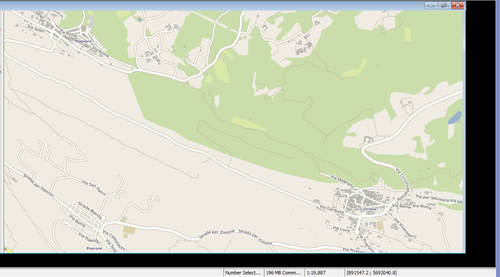 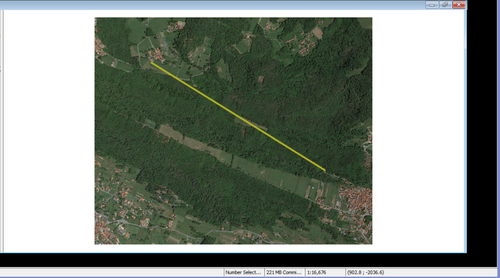 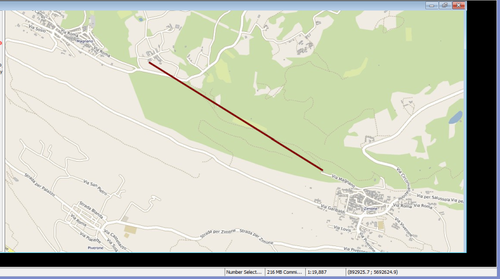 Open "Affine trasformation (from parameters)" plugin and set the option 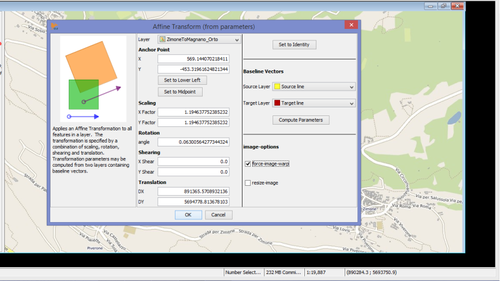 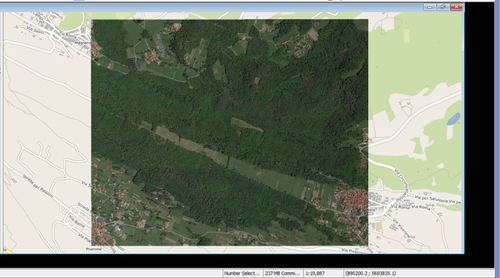